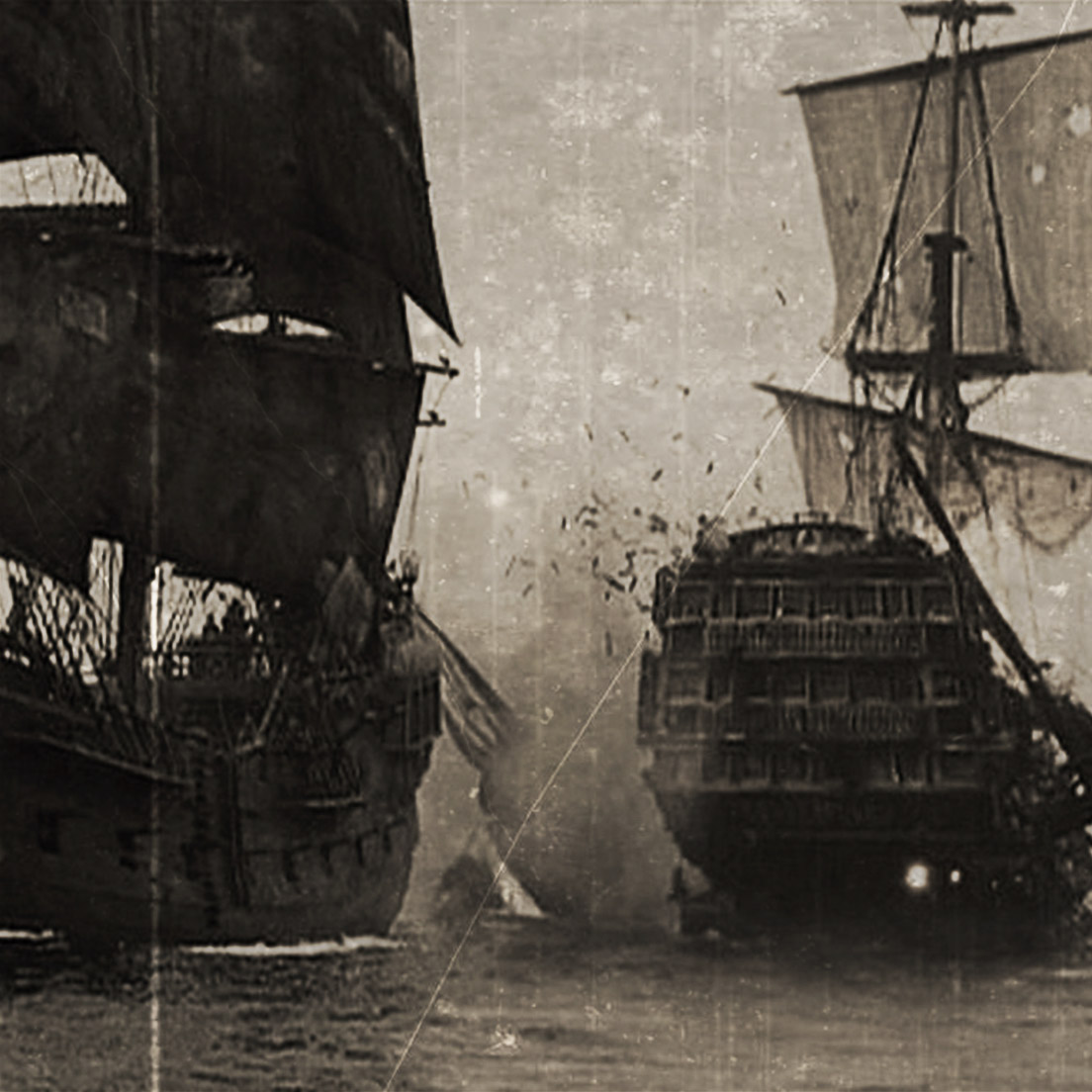 The Farriday was no match for the pirate ship. She struck her colors and dropped her mainsail.

The Moroccan pirates were pleased with capturing a fully loaded merchant ship. The Farriday’s officers were put into the brig and the pirate’s first mate and five armed pirates took command of the ship. They were ordered to sail to Casablanca and sell the cargo.

As the ship made for the northwest coast of Africa, DeForest and Ignatius were hauled into the captain’s quarters. Cabinets stood open and empty, drawers had been ripped out and dumped onto the deck as the pirates had searched for anything valuable.

The pirate first mate sneered at them. “Now, mates, seein’ as I be yer captain, I can’t be livin’ in this here mess. Clean it up!” He laughed and left closing the door.

The two men surveyed the disarray then began trying to put things in order. As Ignatius picked up a drawer, he called to DeForest. “Hey, look at this!”

Stuck to the bottom of the drawer was a folded piece of paper. Ignatius unfolded it. “What’s it say?” DeForest asked.

“I can’t read it. I’m pretty sure it’s written in German.” He refolded the paper and put it into his pocket. “Wilhelm can probably read it.”

Hours later, after cleaning the captain’s quarters to the pirate’s satisfaction, Ignatius and DeForest sought out Wilhelm. In hushed tones and keeping an eye out for any of the pirates, they shared the paper they had found. After reading the letter, Wilhelm looked up. “It’s directions…to a place in Central Africa…to a cave…and….” He paused.

“And what?” DeForest whispered.

“And it leads to a cave full of gold.”

Ignatius whistled silently, folded the letter carefully, and hid it in his waistband. “Wilhelm, you wouldn’t happen to have any more liquor stashed somewhere? I think we need a drink.”

Wilhelm looked around cautiously then went to his locker.

Add all the ingredients into a highball glass with ice and stir.
Garnish with a lime wheel.