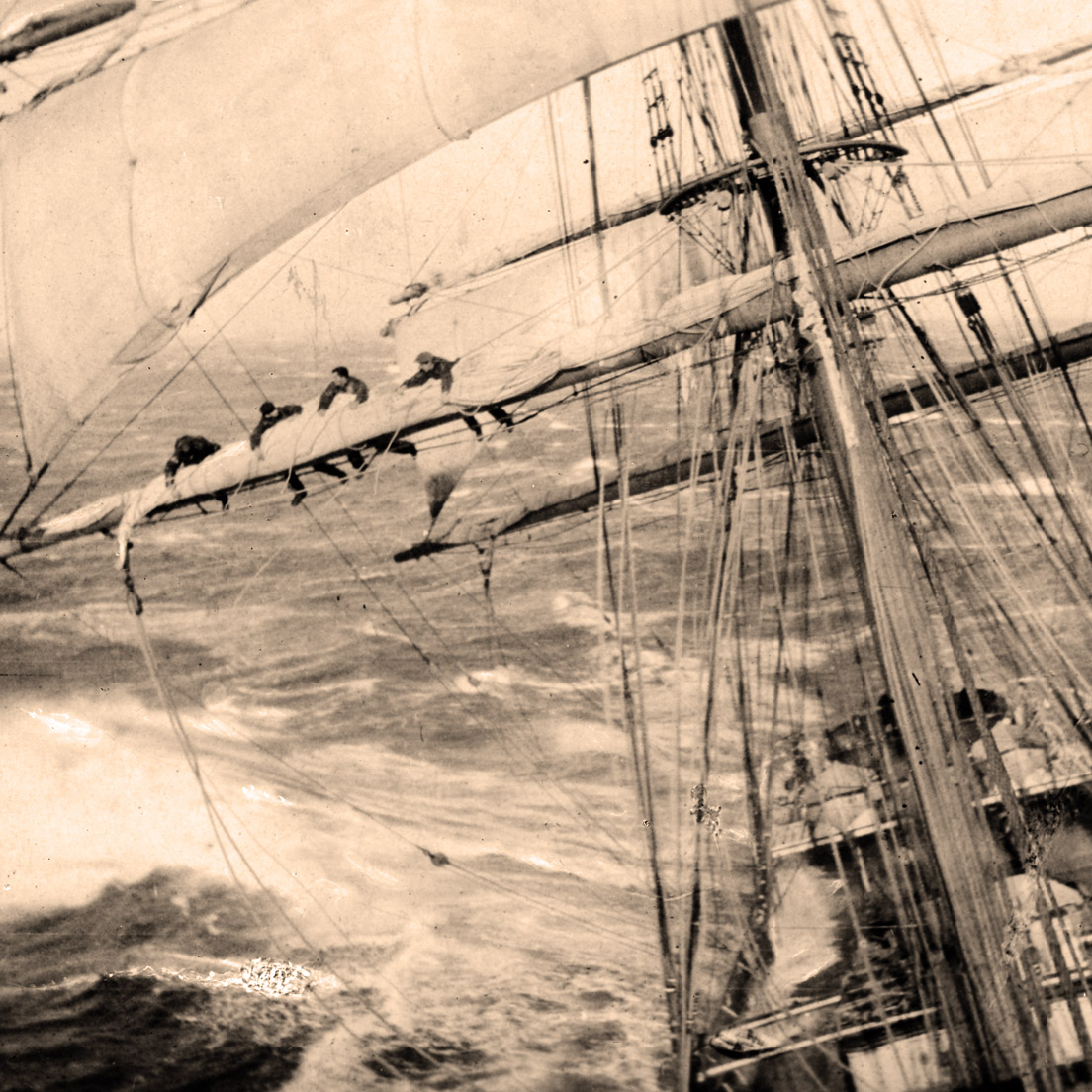 The Farriday, fully loaded and sitting low in the water, sailed from Charleston. Only three days out, a raging storm brought all hands on deck. Huge waves threatened to wash men overboard and fierce winds tore at the sails and pulled rigging loose.

Ignacius and DeForest as inexperienced sailors did not fare well. They did not understand the frantic shouts of the bosun or their fellow sailors over the roar of the storm. They were saved when another sailor saw their plight and by gestures showed them which lines to haul and to follow orders as best they could.

Hours later, the storm subsided and the wet, exhausted sailors stumbled down into the crew’s quarters. Ignacius and DeForest sought out the sailor who had helped them. His name was Wilhelm Meyer, a German who had signed aboard the ship to escape the expansionist wars in Prussia.

The three of them became aware of stares and complaints from the other sailors.

“No ‘elp were those two!” One of the old hands shouted. The other sailors nodded.

“Ve vere all new vonce,” said Wilhelm. “They vorked as hard as ve did.”

DeForest looked down at his blistered hands. “I don’t blame them. We have a lot to learn. What can we do to convince them we’re willing to work hard to be members of the crew?”

“Hmmm,” Wilhelm stroked his chin. “If there’s von thing sailors vant…it’s a drink. I have something in my locker I’ve been saving. Help me mix and serve it to these men and they vill warm up to you quickly. “

Rim a highball glass with salt and fill with ice.
Shake the gin and grapefruit juice, and strain into your glass.
Garnish with a grapefruit slice.

Wilhelm, Ignacius, and DeForest offered the libation and each man took it gladly. It warmed them and lifted their spirits. Soon, the old sailors were sharing stories and songs with their new mates.